For nearly eighty years the shop alternated between related trades: 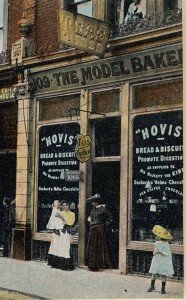 In 1947 the bakery premises were converted to accommodate Chalk Farm Public Library. There were two rooms of books. Two tickets were issued, only one of which could be used for fiction. The Library remained there until 1961, when it moved to its present purpose-built quarters in Sharpleshall Street. A shopping terrace was demolished to clear the site for it. A local campaign saved it from closure in 1998. 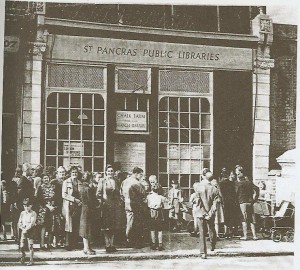 Until 2000 ‘HOVIS’ could still be seen painted on the brickwork high up on the north facade.