At various times there were other dining rooms in Chalcot Road and Gloucester Avenue. 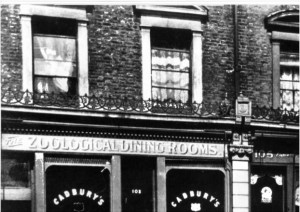 ‘Dining rooms’ were down the social scale from restaurants and chop houses.They would have provided cheap meals for the many single male labourers living in the local lodging houses. There were often no, or minimal, cooking facilities where they lived. Often a shared oven on a landing was all that was provided. When rationing was introduced in January 1918, public eating places were required to observe Tuesdays and Fridays as meatless days, and they were forbidden to serve meat as part of a breakfast. This set of dining rooms operated through both World Wars. It is remembered as having high-backed wooden benches, and serving huge portions of meat-and-two-veg. with a cup of tea for about one shilling. 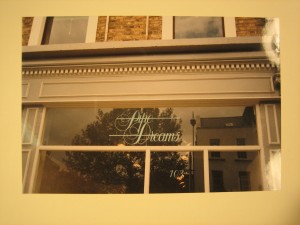