Victorian grocers sold basic foodstuffs for cooking at home (flour, salt, sugar, tea etc.) which were needed in the larder and could be stored without refrigeration.Grocers were very skilled retailers, as they had to know how much of each commodity to order, where to obtain it, how best to store it. Goods were not pre-packed but until the 1890s came in large sacks and chests and had to be weighed out.

By 1900 the popularity of manufactured goods such as jams, pickles, gravy powders etc. boosted the trade of small grocers.

During World War II grocers had a difficult time because of food rationing. They had to register their customers and count their coupons for sugar, jam, tea etc. 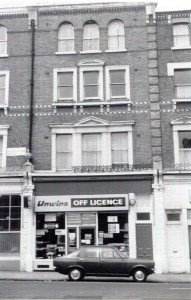 A big change in the pattern of food shopping came in the 1950s with the wide availability of domestic refrigerators. In the 1960s the spread of large supermarkets led to the closure of many small grocers.