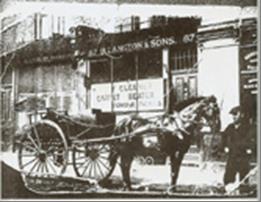 Langton’s: Albert the Sweep and Peter the Pony, 1930s

Until the 1950s most houses were heated solely by coal fires. Coal was delivered to London in three main ways: by rail; on horse-drawn canal barges; or by sea, from the area around Newcastle down the east coast and up the Thames to the London docks. Because of the needs of the Euston to Birmingham railway line (opened in 1837) there was a large coal depot at Camden lock.

Coal for domestic use was loaded into sacks, delivered by huge horse-drawn drays, and poured down shoots to the coal-holes of individual houses.Chimneys had to be swept regularly by long brushes pushed up from fireplaces. The practice had been to send small boys up chimneys to sweep them. A law banning this was passed in 1840, but the practice continued until the 1860s. 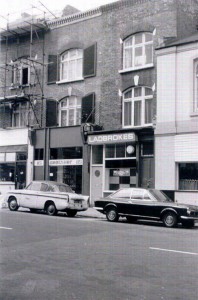 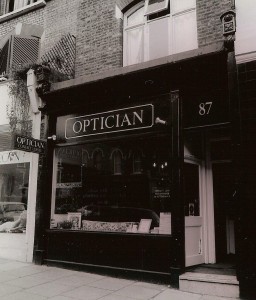