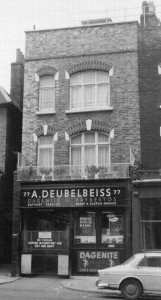 This is the smallest shop in the street, but there was a sizeable yard behind, making the premises convenient for combined occupation: a small trade fronting the street, and some form of workshop behind.

Given the high mortality rate, there was probably no shortage of business. People generally died at home. The undertaker would visit and measure the body, then arrive a few days later with the coffin and horse-driven hearse to conduct the funeral.

From about 1890 bicycles were becoming very popular, though they were not cheap. Women cycled also; Amelia Bloomer invented her eponymous garment in the 1850s. 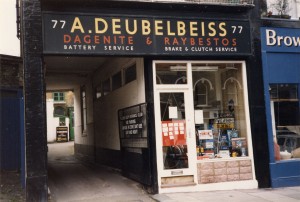 Sometime in the mid-1990s the area behind became ‘Mayfair Mews’. There are now four private homes there.