This seems an unlikely craft for the area, though Lord’s is not far away. There has always been a sprinkling of small workshops around here, notably in the 1960s when the area was comparatively run-down because of the dirt from the railways. 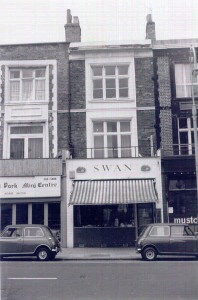 Apart from a brief spell as milliner, this shop alternated between newsagent and tobacconist for 40 years. Both forms of shop have tended to attract people new to retailing. Newsagents have complicated accounting, with detailed work required for newspaper deliveries and return of unsold copies. 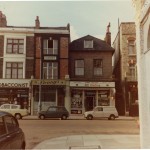 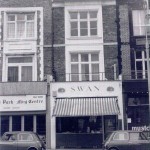 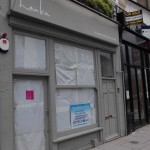