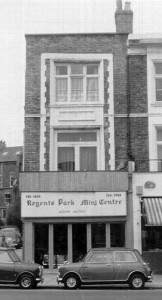 This was the first chemist in the road. Barker was probably what is today called a  ‘pharmacist’. The 1861 census reads ‘Lic. Apoth. Hall’.

Drapers sold fabrics by the yard, for clothing and for furnishings. Sometimes they also stocked a small selection of such ready-made goods as gloves, stockings, millinery and sometimes shoes.

Occupant Edward Newbold is shown by the 1871 census as having had four resident assistants.

A local resident remembers her mother buying her a pair of white gloves there, for one shilling and sixpence; without them she was not allowed to go swimming with her class at Haverstock Central School. 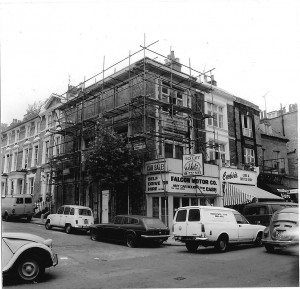 Parking and servicing were easy in the 1960s, when there were at least six car-related premises in Regent’s Park Road – about as many as there had been a hundred years earlier connected with horse transport.

There had been a betting shop in Princess Road in the 1970s. 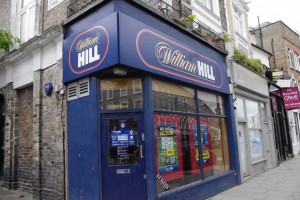