This is perhaps the first estate agent in Primrose Hill.

Most of the local mews contained stables, cab proprietors, and coach builders, but they were not attached to particular houses. Only a few of the earliest houses in Primrose Hill were built with their own corresponding mews houses, for it soon became clear to the developers that the area would not be grand enough for the carriage-owning class. 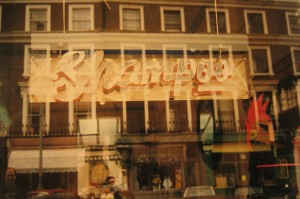 Miss Reed seems to have made a probably necessary transition into general leather goods.

Horse transport in London started to die out in the 1910s. Hackney cabs were gradually replaced by motorised ones, and from 1901 horse-drawn cabs gave way to electrified ones. The last local horse tram, the line from Hampstead to Euston, stopped in 1913.