Listed as an ‘hotel’, the building presumably had overnight visitors. There would have been stabling for them (as well as for others in the neighbourhood) in St George’s Mews behind, and the various cab proprietors would have provided ready transport. 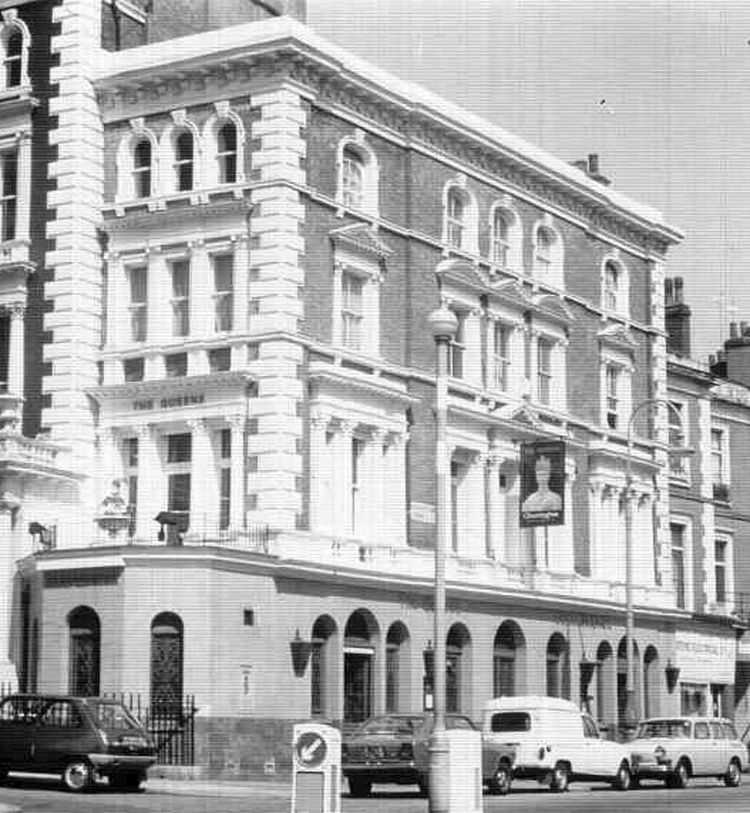 The Queens was still listed in the Directory as an ‘hotel’ in 1970.Names of past amusements could be seen in the first floor window glass, including ‘pyramids’, a form of billiards.There was once a statue of Shakespeare outside on the park side.Until recently the inn sign had Queen Victoria on the park side, and the young Queen Alexandra on the other.

In 1996 the old pub was modernised, and given a ‘African zoo’ theme, with fake zebra- and leopard-skin stools, animal prints on the walls, and peaches-and-cream décor. It is said that some of the famous regulars (Kingsley Amis, Robert Stephens and Peter Quennell) were horrified. 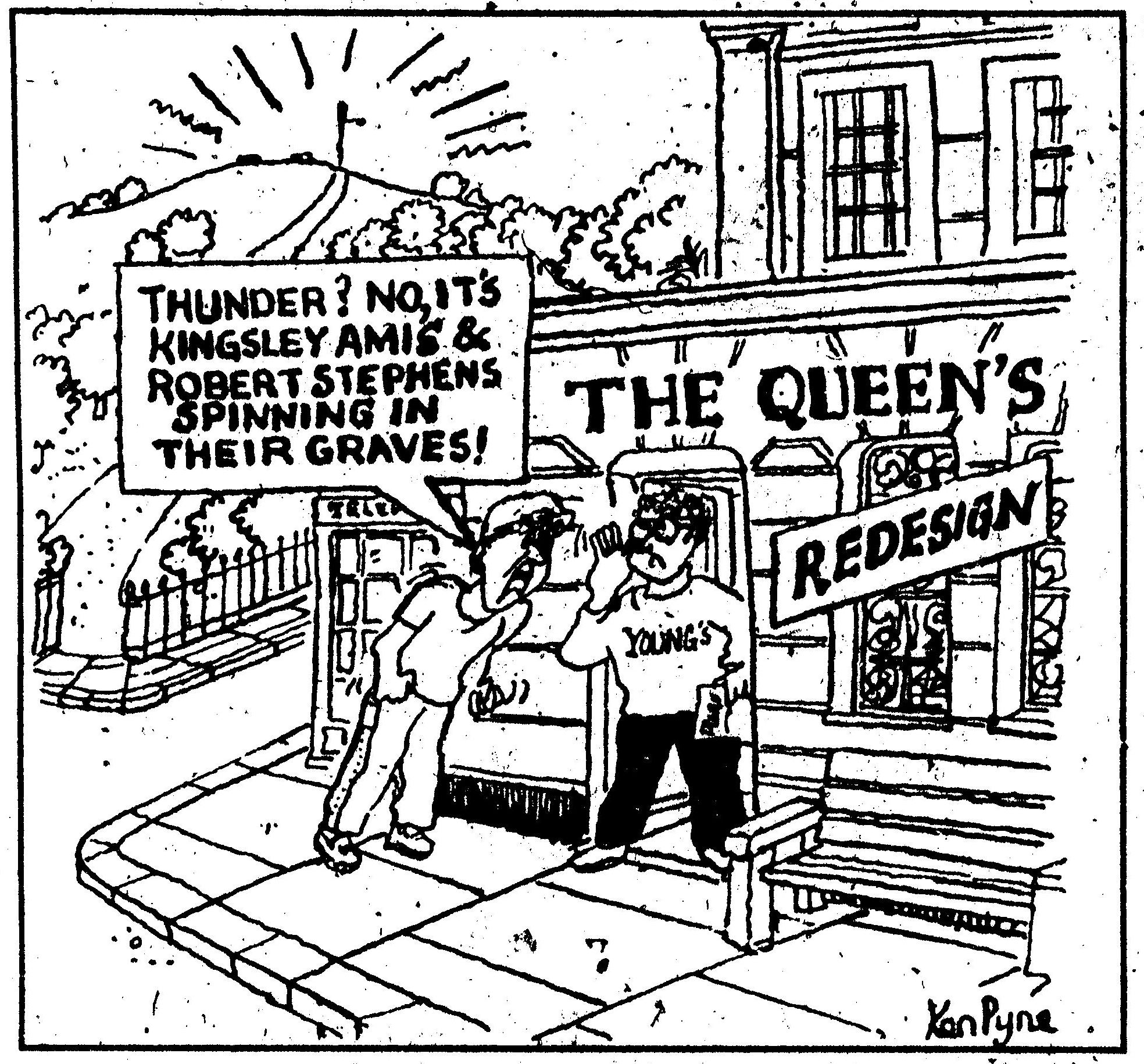 From the Hampstead and Highgate Express, 29th July 1996 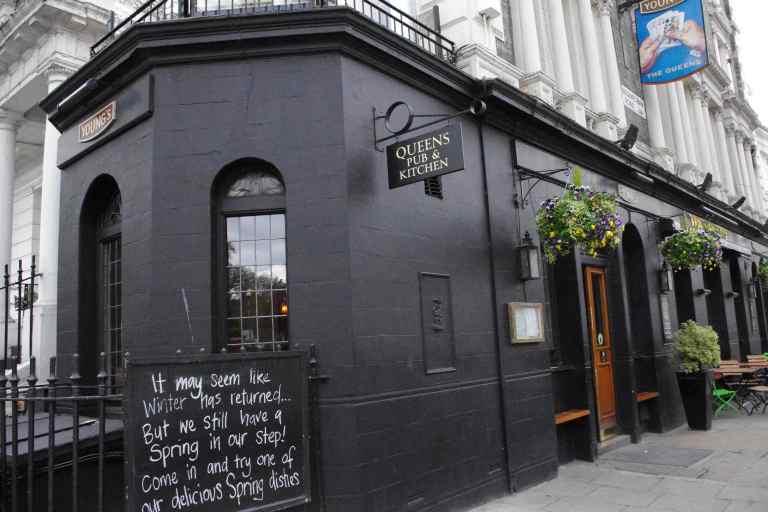