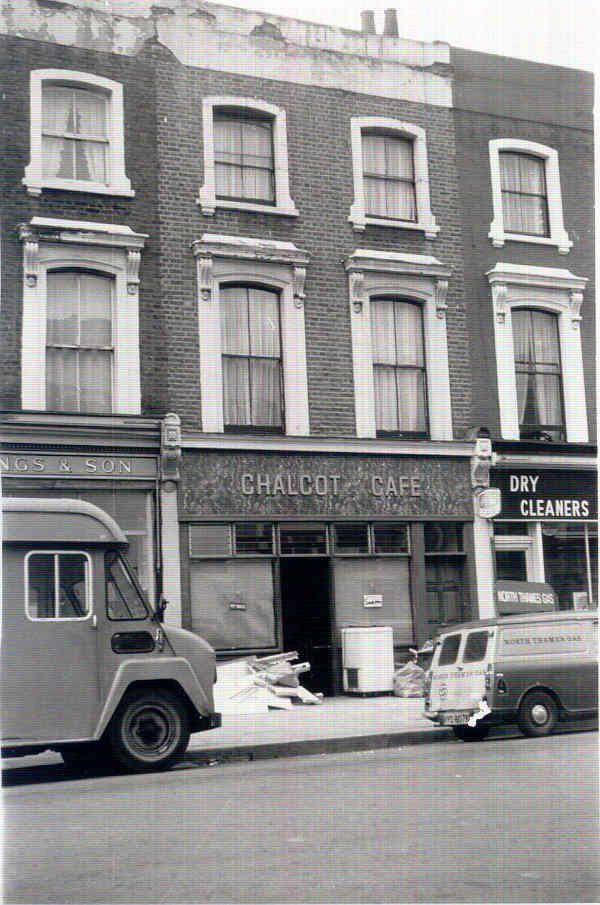 From 1945 to 1960 this was a popular and busy working men’s cafe, run by Mrs Grace Gibbs, used particularly by railway workers. Later on it was a Café (pictured here in 1972) and then a bistro, so until the the Millennium this premises had been an eating place of one sort or another for much of its life, in the last century at least.

The old Chalcot Café sign was revealed when the shop was being refurbished in about 2000. 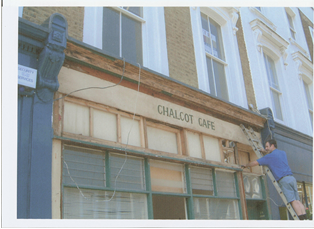 Chalcot’s Bistro was run by a former architect, and was furnished with wooden tables and old church pews.