Much local employment was provided by the long engine sheds once down behind this pub, stretching beyond The Lansdown at no. 90 to almost opposite the junction of Edis Street with Gloucester Avenue. 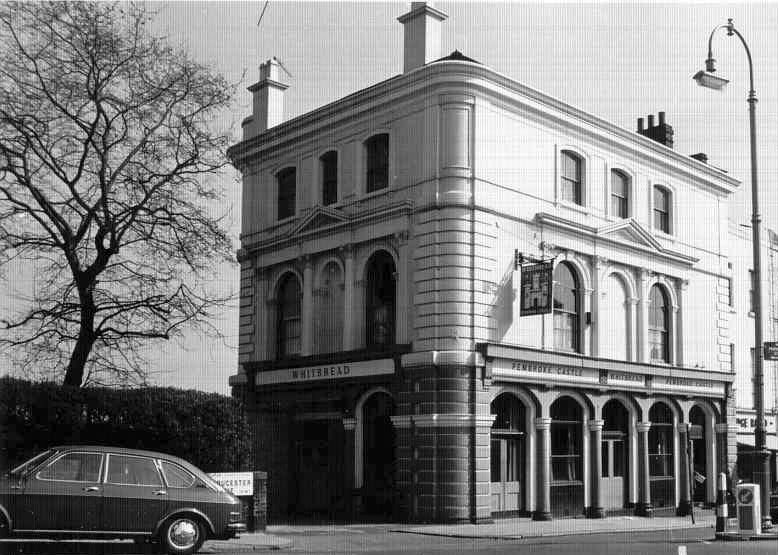 There was also work for women: down near the tracks were laundry sheds where sheets from the trains’ sleeping cars and tablecloths from their dining cars were washed, as well as all the linen from the Euston Hotel. The clean items were packed into huge wicker hampers for transport back down the hill to Euston.

This used to be a traditional working men’s pub. It was refurbished in the early 1990s at a cost of £30,000. There were evidently once three doors onto Gloucester Avenue, and possibly three walled-off drinking areas. As you enter, the bar counter used to be on the far back left, with steps leading up to the central staircase which is still there; this is thought to have been the public bar.

Back right, behind the present bar an old chimney breast is visible, and this area may have been the saloon. In the centre there may have been a small snug. The large columns are modern, and are probably holding up an RSJ installed to support the ceiling when the original internal walls were removed.

An elderly local says ‘the Pem had three, then two, then only one bar’.