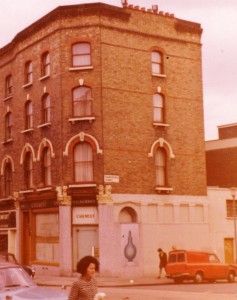 Victorian chemists sold various powders, distilled elixirs, syrups and herbal essences. Chloroform and laudanum were readily sold, and were used as sedatives, painkillers, and at deathbeds. There were restrictions on the sale of arsenic. For pain and terminal illness, doctors could prescribe only opium or alcohol.

The local poor would have gone to a public dispensary, in Chalk Farm Road or Hawley Crescent. 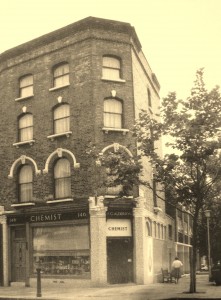 Alderson lived above the shop with his wife. The couple are still well remembered locally, as are the huge old coloured bottles that once stood in the window.

This business moved here from over the road at 67, where it had started as primarily a wine shop.