The Camden Town area contained many small piano manufacturers, and many Victorian homes had an upright piano. 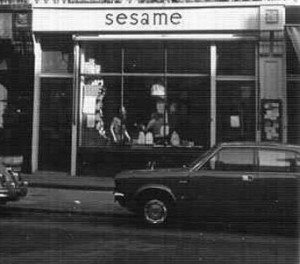 From 1867 there was a large piano factory in Fitzroy Road, saved from demolition in the 1970s by a vigorous local campaign. It is now known as Hopkinson’s Place, containing flats and Primrose Hill Community Centre. No.128 seems small for a piano maker, but might have been primarily a showcase shop where ready-made parts were assembled. In 1870 George Youatt had been at 148, and by 1890 there was a Victor Youatt, pianoforte maker and perhaps his son, at 140.

The grander homes round here had two or three servants. Even many ordinary families, including skilled workers and shopkeepers, had a resident maid-of-all-work. Others paid someone to come in once a week to do the ‘rough work’. Servants worked very long hours for very little money, and often had nowhere to sleep other than on rolled-out bedding in the kitchen.

One thought on “128 Regent’s Park Road: End of a Forty-Year Business”