In 1865 there were 40,000 cows in London, but the encroachment of housing into the countryside forced cow-keepers ever farther outwards. By the late 1870s cows had mainly gone from central London, though some were still kept in sheds.

Dairy farmers started selling to dealers, and milkmaids with yokes and pails began to disappear from the streets. Dealers organised wheeled delivery, selling milk out of churns carried on horse-drawn floats or on low-wheeled carts, pulled or pushed by roundsmen.

The livelihood of dairy farmers near London was threatened by ‘railway milk’, brought in by train from the home counties after about 1838.

Because there was no refrigeration, this milk often deteriorated and was used mainly for cooking. Besides, a ‘germ theory’ of disease was gradually developing, and the authorities were becoming particular about what was later to be called  ‘quality control’. 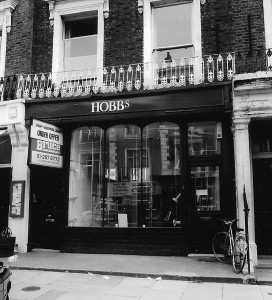 Dairy produce such as butter and milk were rationed in World War II.