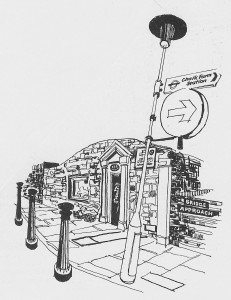 The little shop shown in Virginia Smith’s drawing (2000)  was situated on the north side of Chalk Farm railway bridge. Sited where Tann-Rokka, the furniture shop and florist opposite, has its store for outdoor furniture and pots, it was demolished in about 2000.

Officially a newsagent, this shop was also full of silks, ribbons and fragments of fabric.

From 1945 until about the late 1960s there were more odd-numbered shops, presumably at the bottom of the hill as Regent’s Park Road curves down right towards the Round House: 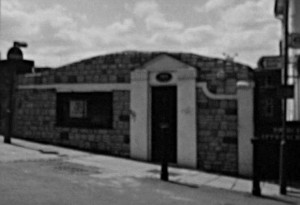 There was also once a toy merchant, a net curtain service, and a repairing tailor. 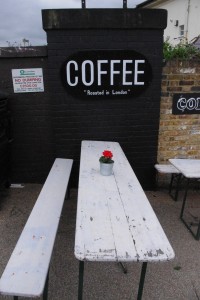