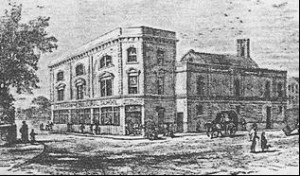 The Boys’ Home for the Training and Maintenance of Destitute Boys not Convicted of Crime.

This residential school was established at no. 44 Euston Road in 1858. However it was soon displaced by the construction of railway lines into St Pancras station and in 1865 re-opened at this site, nos. 115-119, in Primrose Hill. It could house about a hundred boys, and over the next sixty years was home to about a thousand ‘destitute boys’ who were lodged, clothed, fed and educated there. 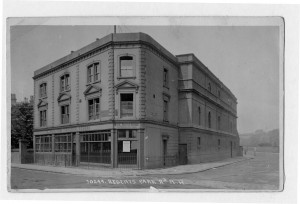 They rose at 5.45 and were made to work and study hard, but were well fed and taught domestic work, for which they could be hired. Trades which they studied included carpentry, shoemaking, printing and tailoring. They also learned band instruments – considered useful if they wished to join the army – and would march with their band to Primrose Hill to play football on Wednesday afternoons.

There were morning and evening prayers. 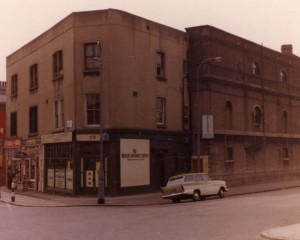