The Prince Albert pub appeared on the 1849 map, as did a small school on the south-west corner of the junction with present Regent’s Park Road. By 1860 most of the terraces were built, construction having started at the park end and developed northwards towards the railway. 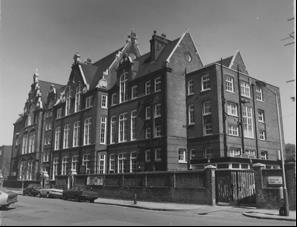 Many of the shops are listed in the Directory by 1861. Nos. 15  & 33 (on the corner of Chalcot Road opposite the school) were once shops; many of the houses quickly became lodging houses.

At the north end of the street, on the site of present Waterside Place, were Pickford’s Stables.

This street has changed names even more than others in the area. ;

On an 1862 map the street figures as ‘Princess Terrace’, on an 1868 map it reverts to ‘Princes [sic] Terrace’ – perhaps still after Albert. The numbering was changed in the 1860s.

Just to confuse matters, the Directory for 1865, when all the shops are first entered, calls it ‘Princess’s Terrace’. By 1874 it again shows as Princess Terrace.

The name ‘Princess Road’ appears to have settled by 1889, although ‘Princess Terrace’ is still on the street sign above no. 31. It has been suggested that it was named after one of Queen Victoria’s daughters, either Helena (born 1846) or Louise (1848).