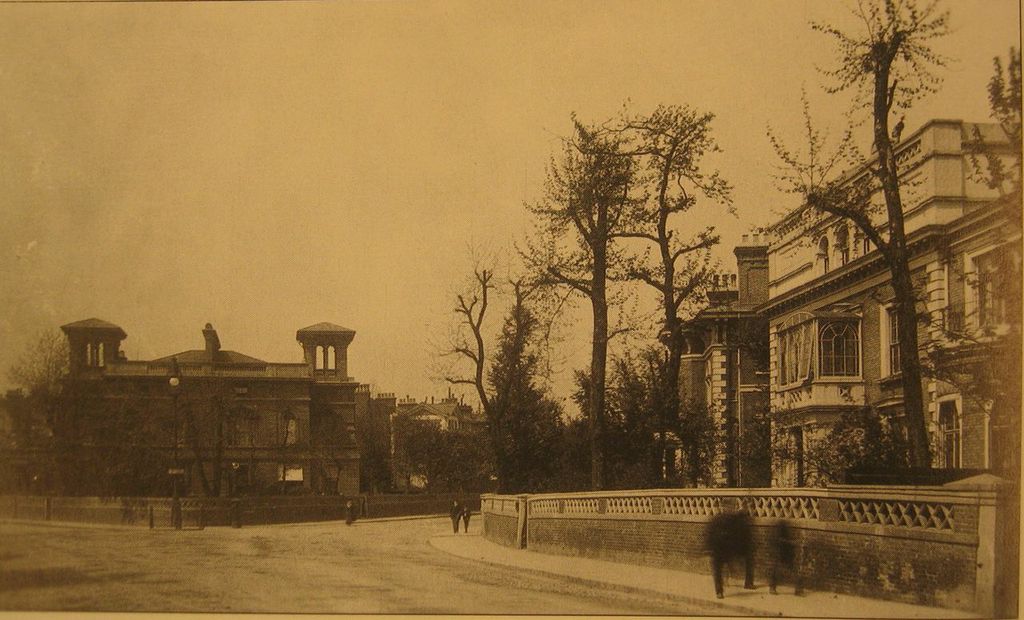 This road was constructed in fits and starts, with the residential part starting mainly at the Gloucester Gate end. Booth’s 1889 map shows the houses from the junction with Gloucester Avenue to Chalcot Crescent as ‘upper-middle and middle-class’. The shopping terraces and beyond (Chalcot Crescent to the railway bridge) are marked ‘lower middle-class’. 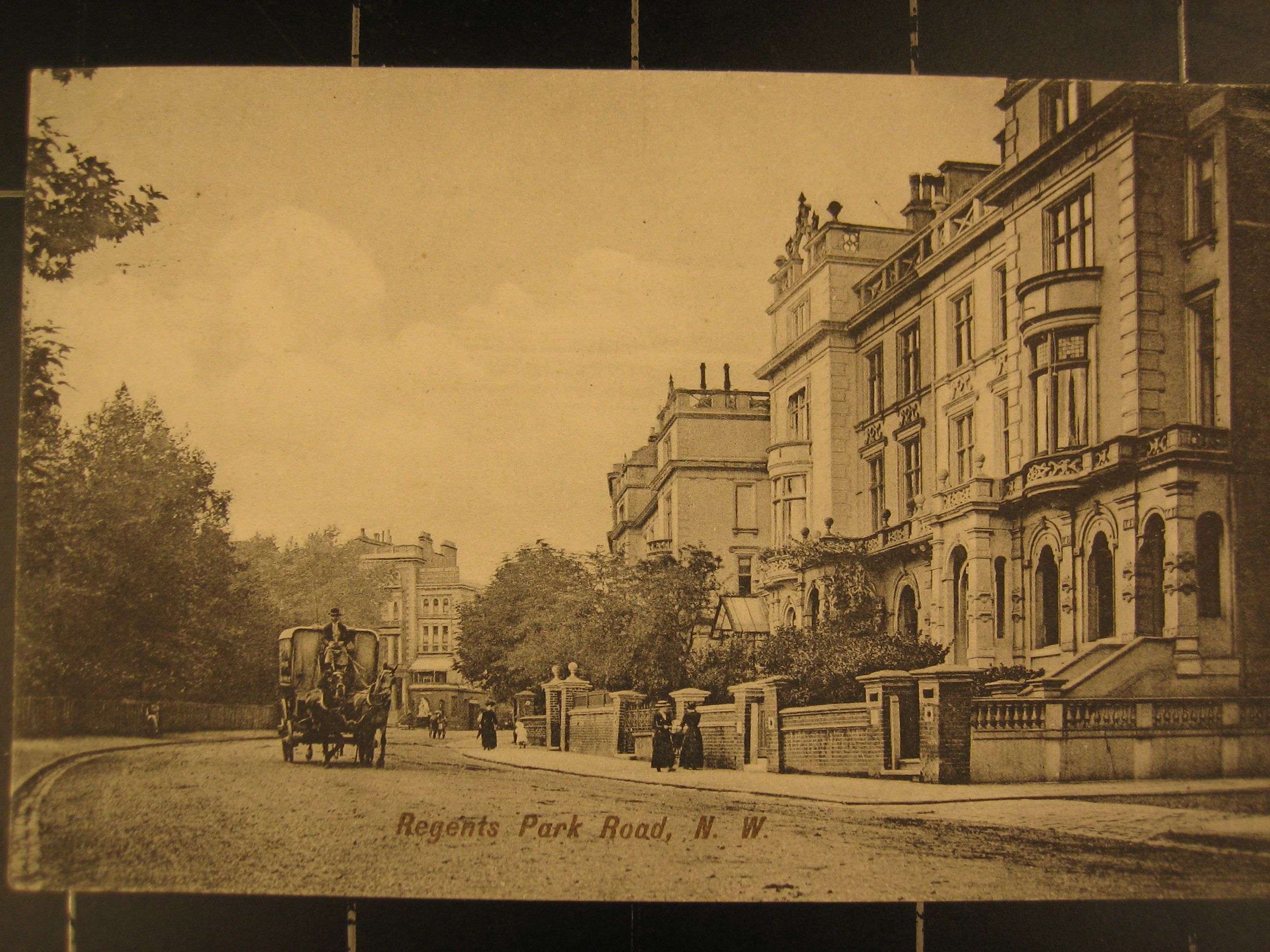 There were a few major architectural changes in the twentieth century:

On the site of Cecil Sharp House (no.2) were once two Italianate villas, thought to be by architect Henry Bassett. They survived a threat of demolition in 1905, but succumbed after 1927. Cecil Sharp House was opened in 1930. It was badly damaged by a bomb in 1940 and was rebuilt in 1949. The large houses on the right in the top photo were demolished in the 1960s to make way for Darwin Court.

Regent’s Park Gardens (nos. 72-94) was an attractive terrace set back behind trees. It was demolished in 1963, along with its mews behind and two houses 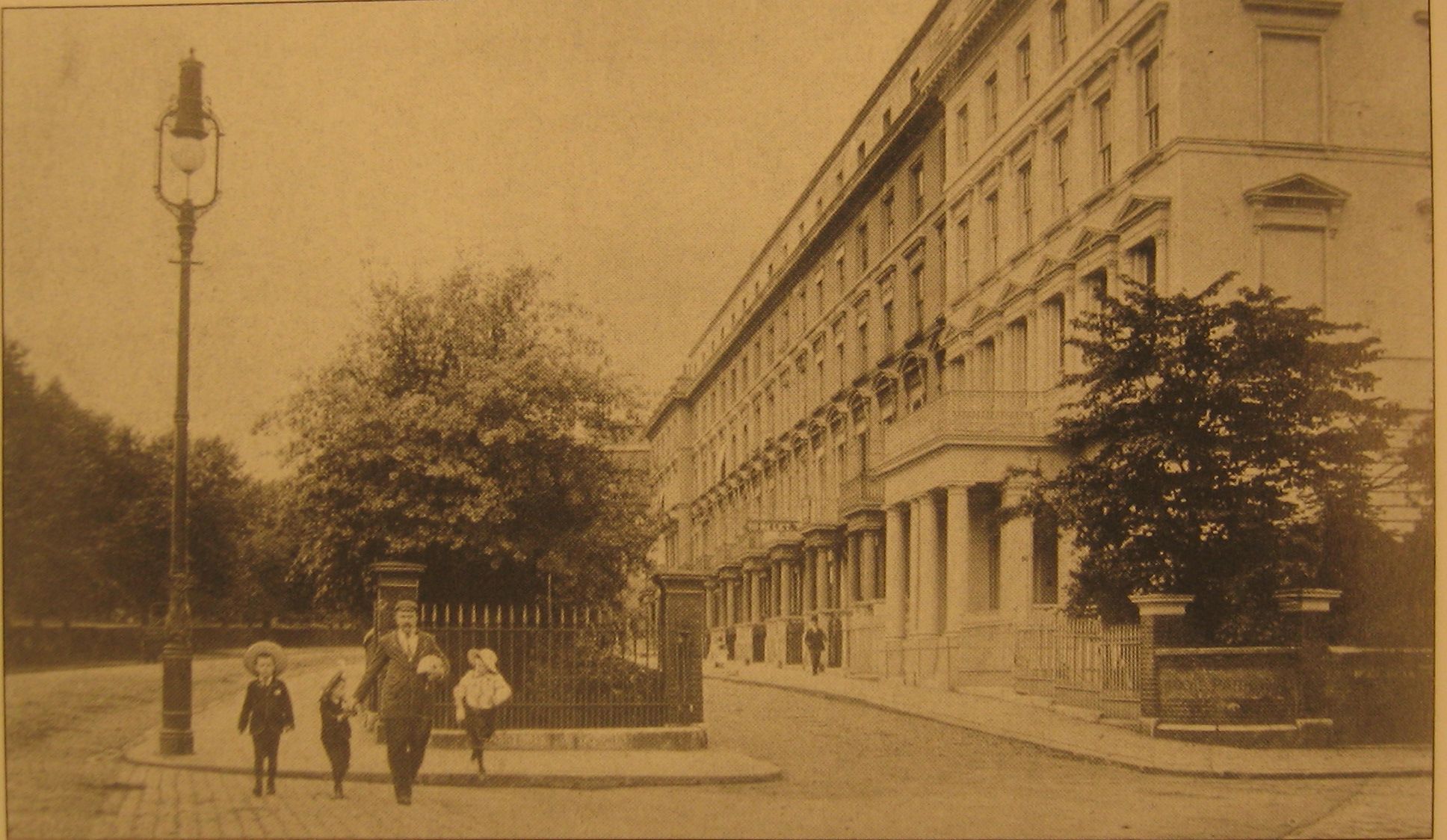 at that end of Fitzroy Road. Today the site is occupied by the red-brick Oldfield Estate, so named presumably because the plot was purchased in the 1840 sale by a Mr Oldfield.

No. 10 was bombed in the war and was replaced by a small block of flats designed by Ernö Goldfinger and finished in 1955. The block is now listed Grade II.

Traffic flow through the shopping area was reduced by pedestrianisation of Chalk Farm railway bridge in 1972. 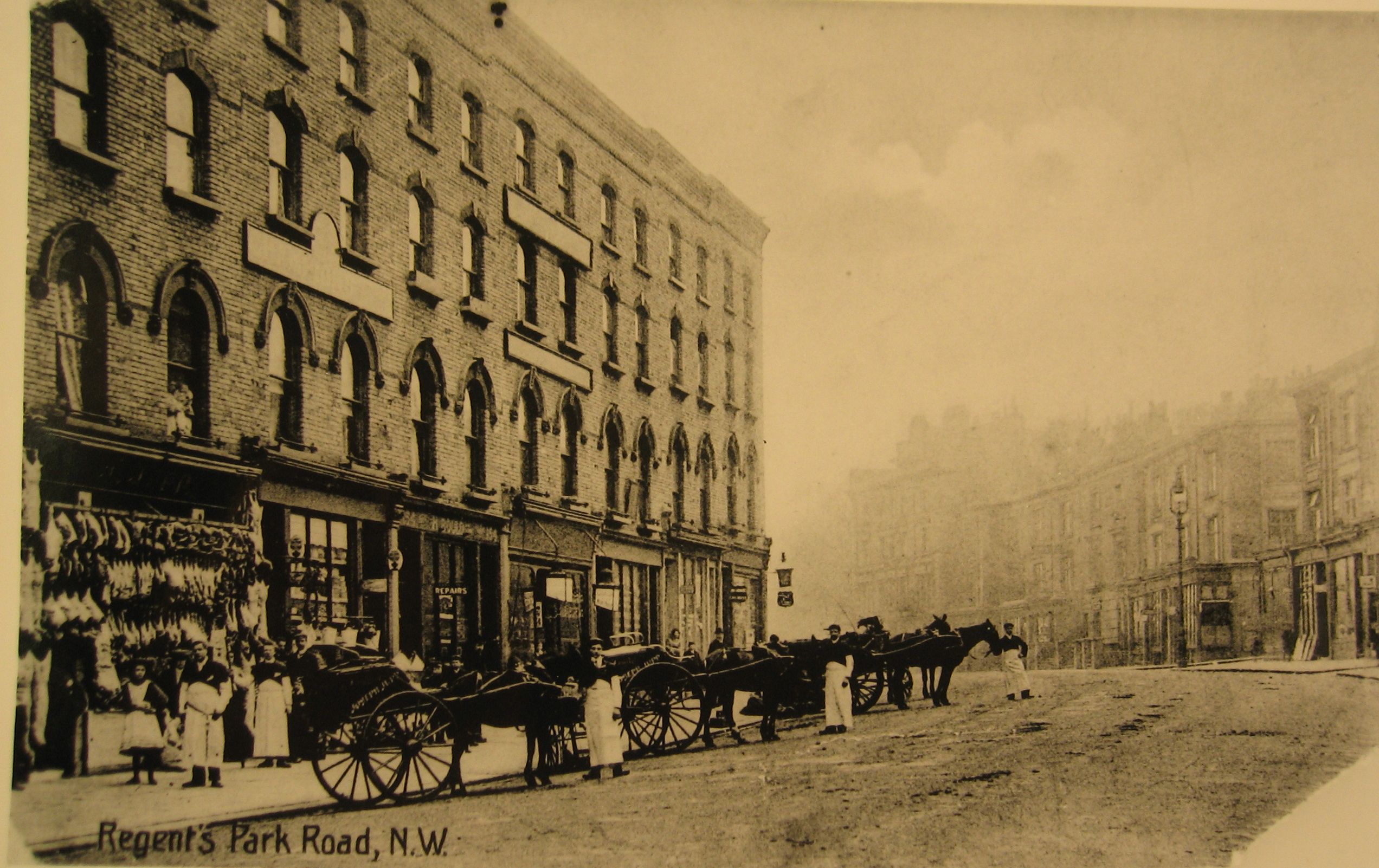 2 thoughts on “The Story of Regent’s Park Road”