In 2006, no. 142 had sold alcohol for 130 years. This and the hardware store at 156 were the only shops in this road which had remained unchanged in use since they opened. By 2013 however, the shop had gone over to other uses. 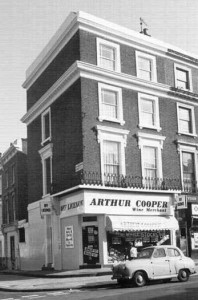 From about 1860 those people who could afford to do so avoided drinking un-boiled water because it had been discovered that it could carry diseases such as cholera. The advice was to boil enough drinking water for a whole day, then to discard any left over at night.

Women of all classes drank tea. Wealthier people drank wine at home. Poor men, and women, drank mainly beer, which they fetched from pubs in their own pitchers.

In the 19th century there were major problems of alcohol addiction, and various (often Christian) temperance movements sought to counter this. The drinking fountain on the corner of Albert Terrace and Regent’s Park Road was erected in 1872 by one such organisation. The Salvation Army (founded 1878) was mainly religious in purpose, but also fought alcoholism.

Until about the late 1960s many pubs still sold drink to take away over the counter. Once supermarkets were licensed to sell alcohol, this facility largely disappeared. 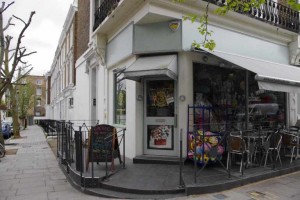